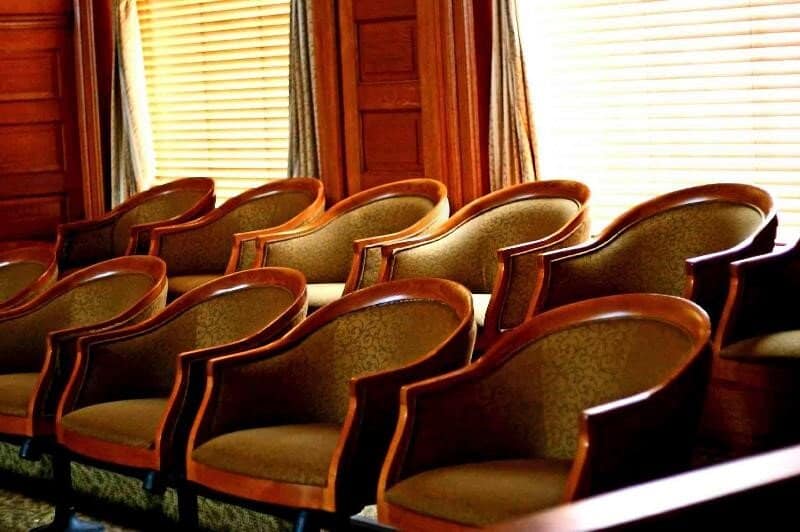 Jury selection is often treated as a perfunctory obligation by both plaintiffs and defendants, a boring and tedious task to get through before you have the opportunity to present your case.

Jury selection has often been called the most important part of the case, so why is it that most lawyers trying cases want to get through the process as soon as possible? I cannot tell you how many times a plaintiff's attorney has said to me, "Let's get through this before lunch, and we can get passed for the day and start the trial tomorrow".

Prior to 1996, there were no limits on time for attorneys selecting jurors in Civil Cases and the selection process often went several days. What is a reasonable approach defense counsel can take and what are some practical tips for jury selection?

How do you turn this tide to give yourself a fighting chance? I have always found that engaging the jurors by asking them open-ended questions gives the panel the opportunity to state their views and perhaps dispel some misconceptions your adversary has floated out in the room. After introducing myself and advising who I represent, I always ask to start, "Is this everyone's first day ?" I ask this for two reasons; one, it breaks the ice, and two; I want to know how many days they have been waiting, or if they were rejected from another panel. I tell them I know this is the last thing they wanted to do this week, thank them for their service and muster a watered-down patriotic speech about the importance of their service.

Explain the Heart of the Civil Lawsuit

The next topic I bring up is the heart of a civil lawsuit. I ask, "Does everyone believe it is reasonable that someone who is injured through the fault of another person, can sue that person and come to court and ask a jury like yourselves to award money damages as compensation for the harms and losses they suffered?" Everyone usually nods and says yes (except in Suffolk and Westchester). Then I ask, "What about the opposite side of that story? If you are wrongly accused of causing someone harm, do you have the right to come to court and present evidence to a jury to defend yourself? " At this point the panel usually answers loudly, "Yes of course". I make the analogy to an innocent man or woman accused of a crime. Everyone agrees a basic principle of justice will allow for the accused to present evidence to exonerate themselves at trial. I tell the jury, "Well that's why I am here", and I then discuss the relevant aspects of the case.

I then say a little about the process, how the trial will proceed, and I talk about what the foreperson does when they reach a verdict. I explain how dramatic that is for everyone in the courtroom. That usually gets some response and attention. I usually comment that everyone has seen Law & Order a thousand times, as it's on 24 hours a day. I tell them that the difference with real life is that there is a lot of waiting around. I then ask, "Does everyone believe that when a witness raises his or her hand and swears or affirms, to tell the truth, the whole truth & nothing but the truth, that they actually do that?" Almost everyone says a loud "No". I joke that I would be out of a job if everyone automatically told the truth and then I tell them about the importance of cross-examination. Now at least the jurors are willing to hear my side of the story.

There are two questions I like to ask on damages. The first is whether anyone in the room has ever had a call or some communication about a debt. Almost everyone has had a collection call of some sort and many hands always go up. I then ask them how annoying that was and how that made them feel. I then inquire, "What if instead of getting that annoying call, you were sued and brought to court and asked to pay damages for something you did not owe or asked to pay more than what you owed, would you want to defend yourself as best you could?" The other question is whether they were ever at a shop or store and paid the cashier with a $20 dollar bill and only received change for a $10 bill. What the jurors say about that tells a lot about themselves. Would they insist the cashier gives them the right change? Would they call over the manager even if there was a line behind them building up at the cashier? How do they react when the cashier gives them an attitude?

Everyone has their own style for jury selection. As a general rule, I suggest avoiding jokes, stories from other cases, and banter with your adversary. Be as professional and courteous as you can. This is the first time your jury will meet you. Don't waste the chance to start off on the right course by rushing through the process.