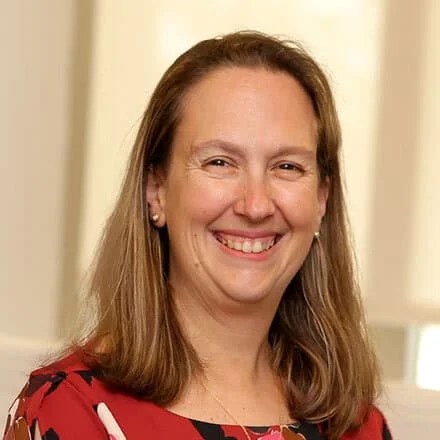 Jennifer Devenuti, Esq. has significant experience defending insurance companies against bodily injury claims. She handles pre-trial litigation matters including conducting depositions, making court appearances, reviewing medical records and drafting discovery-related demands, responses, motions, and opposition to motions. She also prepares Quarterly Reports for various insurance carriers. Her passion for her work comes from knowing that there is something new to learn every day and that a law degree opens so many doors inside and outside of the courtroom.

Prior to attending law school, Jennifer was a Litigation Paralegal at Simpson, Thacher & Bartlett, PC for two years. During law school, she interned at the Nassau County District Attorney’s office and at a small general practice law firm. During summers off from college, she was an intern in the US District Court for the Eastern District of New York with Judge Joanna Seybert and an intern at the Nassau County District Attorney’s Office.

Jennifer belongs to several organizations including the Columbian Lawyers’ Association of Nassau County, Catholic Lawyers’ Guild and Phi Alpha Delta. She participates in Making Strides Against Breast Cancer walks and is a supporter of Big Brothers/Big Sisters.

Her family includes her husband and a miniature Poodle named Piper. She is a New York Yankees, New York Giants, and New York Rangers fan and tries to go to games as often as possible. She loves the outdoors including hiking and camping and going to the beach, and general traveling. She has been devoted to community service activities throughout her life, including spending two weeks in Duran, Ecuador on a Mission Volunteer trip in May 1998, and a week during Spring Break 1999 in a community house in Bridgeport. She organized various service activities while in college and led workshops on homelessness and hunger issues at National Conferences.

US District Court, Eastern and Southern Districts of New York